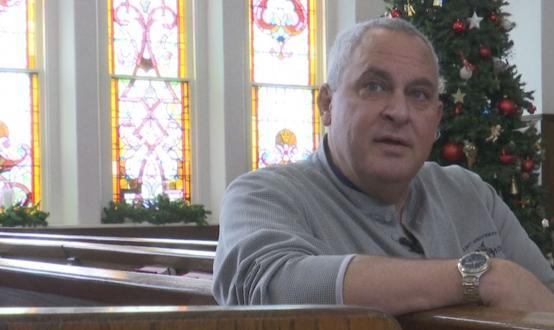 As a United Methodist preachers kid, I grew up in the church – and what I would describe a fairly conservative churches and communities. My experience was influenced by the culture of the 60’s and 70’s in northeast Kansas.

Like all children, at that time, and today – name-calling was a part of my experience. At a time when there was racial tension, and gender inequality, race and gender references were among the name calling.

But if one boy wanted to disrespect, degrade, and criticize another boy – the worst name we could call was – homo or fag. A more universal word, used differently than it used today, was – queer.

Queer referred to anyone who was weird, different, or unusual. If you were queer, something was wrong with you.

Even though I didn’t really understand what these words meant, I used them regularly. That was a part of my experience growing up.

From a scriptural perspective, I didn’t know much, until I got to college. I learned that there were a few scriptures that supported my cultural experience (that being gay) was – wrong.

There it is – it’s in the Bible. God says it is wrong!

In addition to my experience, and (now) my vast knowledge of scripture, came my – Reason. I was able to combine Reason with Scripture. “God made us male and female for each other.”

Being a preacher’s kid, I had thought through (with my reason) the ordination of homosexual persons. They should not be ordained, because they can’t be honest about who they are…and they will not be appointable. What church is going to want a “gay” pastor?

Experience, Scripture, and Reason – I had it all figured out.

Until I went to seminary! I didn’t know I was a “conservative” until I got to seminary. I learned that there were very differing viewpoints. I met people that could articulate the other side of these arguments.

My experience put me into relationships with people (who became my close friends) who I didn’t even know were – gay.

I heard their stories, their struggles, and their pain. I began to learn that they are not weird or different or unusual. They are people, just like me. Just like you! Created by the same God, in the same image.

I saw their gifts, and how those could be used in ministry. What church wouldn’t want them? They have what it takes to be very effective pastors, preachers, and ministers.

Not only did my experience change, but my understanding of scripture changed. I was learning about literary and historical criticism…..understanding the time and place that scripture was written.

I learned about taking scripture out of context, as opposed to understanding all that was going on (in and around) each text.

But more than my experience and scripture – God was working on my reason.  I learned that relationships are not just about – sex. They are about – love. We are not defined by our sexual orientation.

Now that I’m single, I don’t introduce myself by saying – “I’m Tom Brady, and I’m a self-avowed (non-practicing) heterosexual……just in case you were wondering.”

No! I’m Tom Brady. And my sexual interests and practices do not define who I am. Nor, do they define who anyone is.

Today, my experience, reason, and understanding of scripture – match a long standing TRADITION – that began with Jesus Christ – to love one another.

God is love – and we are called to love God, and one another. The last thing we need to do is to put boundaries and limitations on who is allowed to love another person.

In marriage, outside of marriage, and in all of our relationships – we are called to love. And regardless of gender or sexual orientation – there is nothing more beautiful to see than – genuine love.

I’ll close with Paul’s words from Romans 12, verse 9. In a section of scripture that is entitled “The Marks of the True Christian” – he begins by saying – “Let love be genuine.” And he closes by saying – “for the one who loves another has fulfilled the law.”

Thank you for listening!
May God guide us in the months and years ahead!